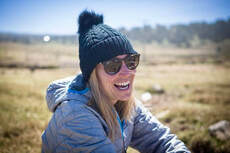 Varsity Head Coach: Jess Mucci
​Jess comes to Monte Vista with 15 years of lacrosse experience. She picked up as stick as a freshman in high school and has been playing and coaching ever since. She is New York native that moved to the Bay Area in 2013 and has established herself in the rapidly growing lacrosse community here. She currently coaches for the NorCal Rize Lacrosse Club where she works with their top high school teams in both the Bay and Sacramento regions. Most recently, Jess was the Head Varsity Coach at both Campolindo ('18) and San Ramon Valley ('17) High Schools and was able to lead both teams to the top of their league. Before joining Rize she gained 5 years of club lacrosse experience working for Tenacity Elite, formerly Bearlax, from 2013 - 2017. At Tenacity she was the head coach of multiple HS Elite teams, as well as a director of summer camps and leagues.

Prior to that, Jess spent her time in the Division 1 lacrosse coaching realm. She was the Head Coach at Saint Mary's College of California from 2014 - 2017, being promoted from serving as the assistant in 2013. She also helped support youth lacrosse in the East Bay area by coaching for the NCJLA Lamorinda Club. In 2012 she got her first taste of D1 college coaching, doing a short stint as the assistant at Kennesaw State University in Georgia.

Before making this leap into the college coaching world, she worked for the English Lacrosse Association in Manchester, England. Jess was employed as a Schools Coaching Officer and was placed at Rendcomb College. She was the Head Coach: U14 Lacrosse, U15 Field Hockey, Assistant Coach: Varsity Lacrosse, U15 Lacrosse. She was also a course instructor for Psychology and the Youth Lacrosse Director. While in England, she continued her playing career and was selected for the West of England Squad to compete at the annual Territorial Championships.

Jess played Division 1 Lacrosse at the University of Connecticut, where she graduated with a degree in Psychology in 2011. During her time at UConn she competed in the Big East Conference where she was a four-year starter on the defensive end and served as team captain for the 2011 season. In 2011, Jess was selected to play in the North-South Senior All-Star game as well as advanced to the final round of U.S. Team trials. While at UConn, she traveled to Australia in 2009 where she played on the South Australia Burnside Club Team. She had the opportunity to learn and play the game from another perspective and her team advanced to the league championship for the first time in club history.

She is well seasoned and most excited for the opportunity to build a strong culture at Monte Vista High school. "My clear vision for the program is to empower young women through the sport of lacrosse. I want them to leave here the confidence to go on and pursue their dreams, whatever they may lead them!" 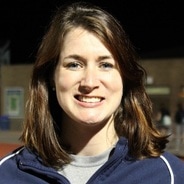 Coach Melissa Trisko graduated from Monte Vista in 2009. She played lacrosse during middle school for Scorpion and played all 4 years at MV, 3 on varsity. Her experience at MV culminated in an undefeated NCS win senior year. After Monte Vista, Trisko played two years of D1 lacrosse at Fresno State. Since hanging up her own stick, she transitioned from player to coach, 1 year at Campolindo and at Monte Vista since 2017. She is now coach and teacher at Monte Vista, teaching World Geography and AP European History and coaching the JV program.  Coach Trisko is a Mustang for life!